What follows is a brief summary of Pete Farmer’s major cases in telecommunications regulation. 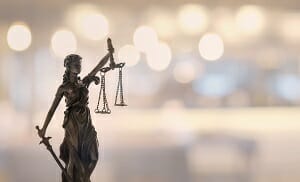 After making submissions to the Office of Communications, Pete worked alongside interested parties to [2011] CAT 24 British Telecommunications plc v Office of Communications, which his then employer (Gamma) latterly intervened in upon remittal of the case back from the Supreme Court following the decision in [2014] UKSC 42 British Telecommuniations plc v Telefonica O2 UK Limited. Gamma had also intervened at the Supreme Court stage. Pete also provided witness statements in this case to the Competition Appeal Tribunal.

Involvement in ancillary cases (including assisting British Telecommunications plc’s legal and bar team on occasion) around the same issue, notably those leading to;

Of interest to the telecommunications sector is the timing point Gamma ran which was initially formed by Pete – whilst finely balanced in the end and going against him, it does provide certainty around the legal status of “guidance” from the Office of Communications

Pete was heavily involved in the intervention of Gamma in a case brought by British Telecommunications plc and Cityfibre Holdings Limited to the Competition Appeal Tribunal ([2017] CAT 25 British Telecommunications plc v Office of Communications) regarding Ofcom’s decision to impose a Significant Market Power obligation on British Telecommunications plc to sell dark fibre on regulated terms to its competitors. Gamma’s position was highly nuanced in this case; the decision of the Tribunal on market definition effectively meant only Gamma’s arguments regarding geography were considered. Pete was cross-examined on this subject and the evidence he gave in conjunction with the pleadings of counsel had weight in the victory on this point. The Chair of the Tribunal remarked that “we found all of the factual witnesses to be credible and reliable.” in his judgment.

Pete prepared submissions to the Competition and Markets Authority (including those compelled to do so under their statutory information gathering powers) in the review of the proposed transaction between British Telecommunications plc and EE Limited. He also made equal submissions to the European Commission regarding the proposed purchase of 100% of the shares held in Telefonica Europe plc by Telefonica S.A by CK Hutchison Holdings Limited’s (through its controlled subsidiary Hutchison 3G UK Investments Limited).

Various complaints to Ofcom under Section 96A-C of the Communications Act 2003 about violations of regulation by various undertakings, notably in the area of telephone number portability (and defences thereof).

Dispute pursuant to Section 185 of the Communications Act 2003 regarding BT’s charging for transit services which was brought with others and found in his employer’s favour.

Submissions (as an interested party) to the Office of Communications in various cases it was resolving under its statutory powers (Sections 96A-C or 185 of the Communications Act 2003);

Worked in ancillary roles on the Gamma margin squeeze case brought against British Telecommunications plc leading to the statement of objections issued by Ofcom in December 2010 and for Gamma on the so-called “CPS transactions case” (1113/3/3/09 Cable and Wireless UK and Ors v Office of Communications) which was remitted to Ofcom pursuant to an order of the Competition Appeal Tribunal of 16th November 2009 to reconsider aspects during the process and no judgment was eventually reached).

Pete has monitored (be it via reading transcripts or being in the court itself) virtually every other telecommunications case heard in the Competition Appeal Tribunal or higher since 2009. 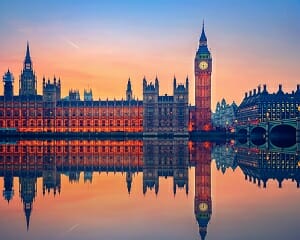 Engaged heavily with Department of Culture, Media and Sport (and by extension the Foreign and Commonwealth Office and UKREP) on the construction of what is now Regulation (EU) No 2015/2120 of the European Parliament and of the Council of 25 November 2015 laying down measures concerning open internet access and amending Directive 2002/22/EC on universal service and users’ rights relating to electronic communications networks and services and Regulation (EU) No 531/2012 on roaming on public mobile communications networks within the Union as it proceeded through the European Parliament.

Worked with junior ministers on the previous incarnation(s) of the Investigatory Powers Bill in the previous parliament and various backbenchers in both houses and cross-party on the Consumer Rights Bill as well as detailed potential amendments to the Digital Economy Bill.