The UK telecommunications regulator, Ofcom, likes to make liberal use of the term (and its synonyms) “fair and reasonable” when setting obligations. It crops up in the General Conditions, Significant Market Power Conditions, other legal instruments, where they exercise their adjudicatory powers and in pretty much every document they’ve ever published.

But what does it actually mean? Well.

It means we really want you do to this thing, but are not going to be overly prescriptive in precisely how and what and why because that may stifle innovation or there may be unintended consequences. 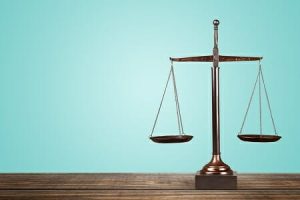 Here, I have some sympathy with Ofcom on this subject. If there were to specify interconnection obligations down to specific codecs, for example, then we’d all have to wait for a slot in their diary to open up to consult on and modify the appropriate condition to include the next big thing. Clearly that would be undesirable for the industry.

However, it is not meant, as I have seen it interpreted, to be a blanket form of air cover for a constructive refusal to supply. The truth is that it is highly contextual on the individual circumstances of each case and open to interpretation. This is fine when you have a set of adults in the room, however, when the interpretation of fair and reasonable starts to become what a case turns on, then the chances are that the conversation has become somewhat acrimonious.

Let’s take a few worked examples on the subject to illustrate the point.

In number portability, it might be fair and reasonable to only have a single direct interconnect with BT Portability Transit as the resilience. However, if you’ve exported a service which is data over narrowband voice, such as a credit card machine and are an IP network exporting to an IP network, the media conversions in using BT’s TDM based Portability Transit service may cause the service to fail. Clearly, then, a resilience option of an unusable work wouldn’t be fair and reasonable.

It’s not just portability where that technical issues applies, it’s interconnection generally and all range holders of geographic numbers in the UK have a (fair and reasonable, naturally) obligation to supply by virtue of their monopoly on termination to those ranges.

One of the greatest fallacies I’ve heard is that volume of traffic can be the sole determinant threshold of fair and reasonable in terms of offering interconnection. As can be seen from the first example, that is patently not true, but let’s have a look at it in isolation.

If you’re BT, you have a c35% market share. Some small over-the-top provider rocking up and asking for an interconnect for a few hundred thousand minutes a month may seem more hassle than it’s worth and is not fair and reasonable, but for whom does it have to be fair and reasonable? The former incumbent, or the originator? Both?

It is likely that BT represents c35% of an originators traffic, so direct interconnection is logical and rational from their perspective and may be transformational for their cost to serve their customers (and hence compete and provide benefit to society). The starting point is that the terminator has a monopoly in termination and Ofcom is charged with lowering barriers to entry and promoting competition; the constructive refusal to supply based on an arbitrary volume threshold is likely to run contrary to this, especially if it has the effect of squeezing new entrants and competitors.

Of course, if that small operator rocks up demanding an interconnection using a codec proprietary to them, then it would be clear that it is unfair and unreasonable.

The reality is that the market will answer the question by having standardised interconnect designs, billing regimes and contracts to reduce the overhead as far as possible, but it’s only part of the answer.

In economic regulation, I often find that clients want a simple black and white response. It is never as simple as that, and the term “fair and reasonable” is the perfect illustration. A great degree of interpretation is required. When I once presented a problem about compliance to the regulator – a classic Sophie’s choice rock-and-hard-place between two outcomes, the response at Director level was (slightly paraphrased) “Pete, you know your obligations, you know what outcomes we prefer and what types of harm we prioritise, make your own judgment and be prepared to defend it later. If you make a well reasoned decision in light of all of this, then the chances of a seriously negative enforcement action are quite low”. Thankfully, I never had to put that statement to the test, but in an environment where regulatory certainty is taken as a bedrock for the right environment for investment, it is worrying. 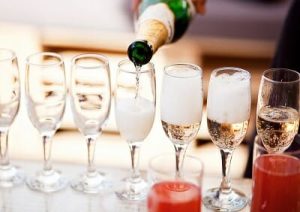 Take the calculation of costs that are inputted into the Average Porting Conveyance Charge (APCC) for example. The APCC is designed so that in onward routeing, the donor communications provider isn’t left uncompensated for the work that they do. But how do you cover those costs? Is it fair and reasonable that it is just the incremental cost of that one additional minute on their network, or should a percentage of the CEO’s annual champagne reception for shareholders be included?

It took Ofcom a long time to provide guidance on what was to be considered fair and reasonable for that precise scenario, it then took longer for two providers to challenge BT’s interpretation of that guidance and ultimately it took the Competition Appeal Tribunal to uphold Ofcom’s (and those two providers’) original view. BT lost that case, but I have sympathy with the uncertain situation they were presented with.

In any event, remember that the intent of the regulator is clear – when using these phrases, they have a policy position of expecting to see that whatever it is, is done. Ofcom have qualified the obligation to prevent outright abuse and to not interfere with adults reaching sensible conclusions. They add a second layer, by, in some cases, having reference to “administrative priorities” in respect of resolving some complaints about the subject – so even if you consider you have the most obvious infraction of the obligation in the history of the industry, the regulator may still ignore it.

If you’ve a situation where this particular phrase is causing you strife, feel free to reach out to us – chances are we have come across it before and can assist in a resolution.